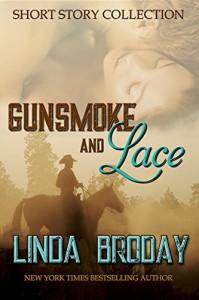 4 stars as a whole. A collection of short stories that leaves you wanting for more. They read like slivers from bigger novels. However, as the author explains in the author note, these stories weren't meant to become full-length novels. I've been meaning to read this collection since I bought it but anthologies aren't my favorite things so I kept pushing it back. Right now I'm glad I finally read it. :)

I liked all the stories, though some more than the others. Following is a short review of all 4 of them. I'll just copy the blurb and try to express what I felt about that particular story with my rating after each:

The Telegraph Tree
Desperate and alone, Maura Killion writes notes to God and ties them to a scrawny tree. But who's writing new ones?

4 stars. This one probably had the strongest message of never giving up on hopes and dreams than the other 3. A widow basically living in the middle of nowhere with a small baby to feed, who was gradually giving up on life because of the tough living condition and acute loneliness, finds hope anew in a message for her, tied on a tree on her land. I really liked it, though the following bugged me; how come she never saw/noticed who it was leaving those messages. From the description it didn't sound like the tree was too far away. In any case, the story was way too short for me to even seriously think of it. Would've loved for it to have a few more chapters.

Moon Dog Night
Bounty hunter Bonner Raine is surprised to see a nine-year-old boy and his little sister riding into his camp. The boy wears a gun and holster, determined to find the outlaw who took their mother. But will they find her alive? Or dead?

4 stars. Also loved this one a lot. Very short but packed a lot of punch. The story pretty much goes as noted in the blurb. The ending was about finding a new lease on life for both Bonner and his prospective sweetheart. If you're looking for full-on romance you won't find any. BUT, there's the hint of a new beginning that I simply adored. Could've been a great full-length novel IMO.

The Gunslinger
Skye O'Rourke thinks she's seeing a desert mirage when a gunslinger staggers across her field and awakens buried memories. But do second chances really exist for people like them?

3 stars. I wanted to like this one but I didn't as much as the previous 2. Skye was a widow and the gunslinger was someone from her past. They had a history, which is all good. However I hated the way they simply forgot about her deceased husband like he was a nobody, considering the gunslinger is also related to him. He wasn't a bad person from the meager description of things. His only failure was he couldn't make Skye love him the way she did the other man. And now that he's dead he didn't matter at all? Poor guy. :(

Hard Luck
Bank robbing isn't ever easy—especially when it's in Hard Luck, Texas. Logan and Wade discover that crime doesn't pay, and love can come from unexpected places.

3 stars. This one read more like an excerpt of a bigger story than the rest. There was no exact beginning or ending that can mark it a story on it's own. A robbery going wrong introduces us to two childhood friends; one is relatively smart, the other... not so much. From there we find them attending a dance not expecting much yet ending up with prospective sweethearts. Love? I'm not so certain in such a short space. In time, maybe for Logan. But Wade? I doubt it.