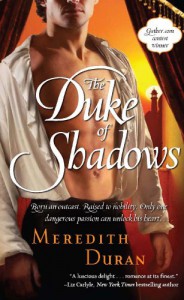 
Oh, well, I like this book. 1st few chapters were slow, mainly due to all the historical stuffs/associations of British-India during 1857. It's always slow for me to get into the book when so much historical stuff is there but I have to say MD did her research well and her Hindi was quite good. I understand Hindi so had no problems getting the lines. Then, after chapter 7, specially after the 1st love scene, things got much much more better. I like both the H/H, but will come to my thoughts about them later. In the last chapters of part 1, the violence and slaughters of the Sepoy mutiny did make me speechless. I had trouble gulping them. It was akin to nightmare.

Now, about Emma. When the story started, she'd just lost her parents in a shipwreck on their way to India. She came here to visit her fiance, a man-whore loser, a fact she gradually learns after she's rescued and starts living with a Resident. She meets the hero Julian, a man of mixed heritage (British father, British+Indian mother), who has a notorious reputation, both with women and his part in the recent mutiny that'd been brewing. The attraction was instant, specially when she learns and experiences first-hand what kind of a shallow-minded brute her fiance is. The match was made in her childhood, by their parents, for mutual benefit.

Julian, I already said, is a troubled character. Sometimes you can't but feel for him. He doesn't have a place anywhere it seems, neither the Indians nor the Brits can stand him. They are always suspicious of his intentions. But, what he always dreams of is a stop to this bloodshed. I love the way he thinks, balanced and fair. It's because he believes he has responsibilities for both the countries, as both heritage runs equally through his blood. Julian is Marcus, Emma's fiance's cousin, the heir to a Dukedom, now a marquee in his own right. Obviously Marcus can't stand the shadow of him (no pun intended!) because he was angling for the title himself and thought as Julian is a 'blackie', he wont inherit anything.

So, Emma and Julian met, things around India become worse by the minute. Marcus the loser runs away, leaving Emma stranded. Somehow she's saved by Julian, takes residence in various places. On their way to see a Maharaja Julian believes can help them, they couldn't deny their growing attractions and liking for each-other, makes love in the middle of nowhere (oh man, I was actually smiling :p). When they arrive there, Julian decides to go back to Delhi and do something for the situation there and also for his Indian family. Emma wouldn't let him go but he assures her she's safe here. He confesses he is in love with her and will come back for her when the trouble subsides a bit. FYI, Emma already broke her engagement to Marcus after an incident and she's also in love with Julian, but refrains from saying so because she was angry. She felt everyone she loves just leaves her. I can understand her feelings, this insecurity. I was sad myself. Then many other incidents happen, she waits and waits for him. He never comes back. Then from Marcus, after waiting for months, she learns that Julian has already left India for London quite a while ago. All these are explained in part 2. Now Emma is in London and 4 yrs have passed. Emma believes Julian never meant what he said. She knows he has moved on and living his life. She never contacted him, mostly living a secluded life, away from the society, re-living the nightmares of India through her drawings and paintings.

In the beginning of part 2, Emma's cousin Delphinia wants her to do a show with her paintings of India. Emma doesn't want to at first but realizes that she must move on, so she, after much coaxing, gives in. One Lord Lockwood is arranging it all. Emma wants a career in art but doesn't want to start with these particular paintings, so the show is held under an alias. She attends the ball given by Lord Lockwood and there ... she sees Julian again, this time with his finacee no less.

It seemed to me Julian moved on too fast. It is said that he looked for her after he dealed with the problems and his Indian family but I didn't think it was for long before he decided she has died in the upraise. He comes back to London to take his place and moves on with his life (read: starts sleeping with other women). Although he still feels for Emma, since he thinks she's dead anyway, decides to marry this widow, his on/off mistress for about a yr. I didn't like it at all. I never like the main characters sleeping with other people after meeting each-other. Though in this case, Julian thought Emma dead, I felt that he never looked hard for her. He is a man of considerable power even with his mixed blood, specially now that he inherited the Dukedom. I don't know but it seems, Emma shares my sentiments as well. When they meet, Emma tries hard not to show any reaction but she fails, after knowing he has already become engaged. Julian is just shocked. Then they confront each-other in the host's garden, Emma brings out her disappointments and frustrations, with a little hint of hatred. Julian tries to convince her but she just goes away. Later, where I left off, she is deciding to take her trip to Italy, which she'd been aiming at for sometimes now, to further her knowledge of art.

Ok, finished it today. I loved it til the end. There were plenty tear-soaking-sigh-worthy moments in the book. I definitely like Meredith Duran and look forward to her other books.

Where I left off last night, where Emma was supposed to go to Italy, she didn't. There were twists and turns revealed. A mystery, then a murder plot which involves Emma comes to light. Emma is scared, both for her life and her whirlwind of emotions for Julian. In the meantime, Julian is trying to get to her, which she rebuffs. Then Julian breaks off the engagement, realizing he can't possibly go through a marriage with anyone else. His fiancee tries to make him see reasons, which doesn't work. Then she visits Emma to threaten her, telling her rude things about her and Julian (like his infidelity and lack of emotions etc.) to make her go away. Emma goes to see Julian for she couldn't possibly believe this is the man she fell in love with 4 yrs ago. Julian denies nothing but didn't accept those accusations either. I was kinda confused here, I never got to know if he really were what his ex made him look like or they were just talks and assumptions. I wish it was clarified more later in the story.

Then the murder plot comes to the view. Emma was attacked and Julian tells Emma of his suspicions. They have to retrieve her already sold paintings (Indian ones) in order to save her. In one circumstance, they go to a buyer's house to attend a party, in disguise (not Julian but Emma, as his paramour since the party was 'that' kind of a party). After some incidents, they end up making love. And man, that was hot! :p Then Emma thought she doesn't wanna be alone anymore and though she didn't think of marrying Julian (Julian, I think was willing to marry her), she wants his lovemaking to feel alive and full of hopes. So she decides to open her parents' townhouse and move in there.

The next day, she goes back to have a look at the townhouse, which has been locked for quite a while now. Then comes Marcus. Yes, and he blackmails her ... things turn from there and goes to the climax. Here, I'd like to mention that Julian broke Marcus's right hand in a club, also he was involved in fights, which Emma asks after in that scene, when she visits him. Also, her cousin Delphinia wasn't happy to know Emma might be having an affair with Julian and no marriage forthcoming (later in the book). When Julian goes to see her while Emma went to the townhouse, the cousin makes it clear that she doesn't approve of it but then, while in conversation, realizes Julian is still in love with her. Julian's musings tell me he wants to marry Emma in a heartbeat but she's in denial. Then upon Julian's inquiring, Delphinia tells him about Emma's whereabouts and a note comes forth. He reads it and rushes out.

After the trouble surrounding Emma's paintings are solved, they go back to Julian's townhouse. Emma finally decides to tell him some of her dark secrets back in India, that have been plaguing her all these years among other things. That scene was heartbreaking. I did cry then. As there was no epilogue, the story ending felt kinda abrupt. I had questions here, regarding Julian. Though I do love him, I wish he was more frank about his doings in India and behavior while he thought Emma dead. It seemed like we are supposed to take him as he is but Emma has to confess her 'sins'. This, I couldn't agree with. I got to learn she didn't contact with him because she had this absurd idea that if Julian knew about those sins, he won't take her back. C'mon!

But of course, there were other scenes I loved, among them are the globe scene, the two love scenes but what I mostly enjoyed were the scenes that involves the two exchanging words; all mocking, sarcastic, sometimes even full of contempt. And, in all these, you see they can't possibly be without each-other, one is irrevocably bound to the other. I feel I have to take back my words on Julian having moved on. The more I read, I knew he didn't. No one ultimately could replace Emma. He never denied his feelings, even after the reunion. You gotta love a guy like that. And, I couldn't but love Emma too. She isn't a TSTL heroine in any aspect. She was tortured by nightmares/demons of her own but weathered those superbly IMO. I applauded most of her decisions and felt for her when she was suffering. I was happy the way she 'handled' the ex-fiancee situation, word by word no less. There were times, I had this bleak feeling when the two were together and the words were exchanged; they seemed not in love but in hate and contempt, though in the end, love won it over.