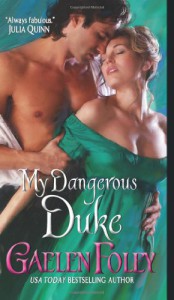 
Hmm, so ... Hmmmmm ... I'm not impressed with Rohan, yah, trying but not. I don't like the way he thinks and treats women. I sure as hell won't think about getting screwed by him if I was in Kate's place (she's daydreaming away about that) and yes, I would definitely be scared of my well-being. There I've said it.

Rohan thinks since his blood is cursed (ancient, mind you!), he can go screw almost anything in skirts (tall, short, blonde, brunette, thin, curvy ... yah it's all there), except virgins of course, who might want something else from him. Let me tell you about the curse, Warrington males kill their wives/brides, 'allegedly'! ... There is a scene where he tells Kate of all these, it was interesting but hello?! You're a lout of the first order Rohan! Cursed or not, living in a haunted castle (yah, he thinks his castle is haunted) or not. Apart from killing missions assigned by the Order, he likes to screw around (literally!) ... Ahemm, have I overdone it a bit? Well, he's a bit overdone himself. Doesn't matter he's a giant of a man with dark hair and silver eyes with a giant ... ahemm ... well ... There I go again! *zips her mouth about Rohan*

Now, Kate I found quite interesting, as long as she isn't thinking about getting shagged by him. I mean c'mon woman, be a little scared! I know I would be, whatever I heard about him and he didn't deny it. It's his past time, putting his 'killer mojo' up and ready! I read his gutter thoughts telling us:

His mind drifted, the wine warming his senses. It had now been three days since he’d had a woman, and he had not forgotten the way she had felt beneath him last night. He still wanted her in spite of himself.

So, where was I? Oh, yes, so Kate was abducted from her home, where she was living alone and presented as a 'gift' to Rohan by his gang of pirates. There are a lotta twists and stuffs and histories (of Kate and Rohan, of the Order and the Counsel) but I won't go in there. The fact is, when Rohan isn't thinking about screwing her, he's kinda confused that she might be a spy of the Counsel (see: the history of Kate). So, now, Kate wants to go home but can't since it might be that her father is alive after all (fill in the blanks: the history of Kate). She has to 'stay' with Rohan in his castle. Oh, the misery! Rohan is a perfect gentleman now, at least outwardly, to her so she'd decided to trust him. I'm saying it again, I still think she's quite smart (at least smarter than Daphne) but this is sorta crazy. This whole storyline. I don't know what's gonna happen next, given that Rohan is having more and more of his 'unexpected (read: dead and buried) bouts of tenderness and possessiveness' towards her. Well, I guess, the obvious ...

I think this story, even though insane, is more interesting than My Wicked Marquess, because there are some scenes where I saw the glimpse of the 'old' Gaelen Foley (yup, decided to call her earlier works that) I so loved. I even felt that heady anticipation, though it didn't stay on for long.
*******************

No, this story isn't AT ALL interesting. God, I'm feeling so frustrated. When you read a book knowing the author can write SO DAMN MUCH MORE BETTER and end up with some trash comparing to his/her earlier works, what do you do? This book is exactly that.

I thought Kate was smart, I take it back. She turned out to be exactly what her abductors said from the beginning, a dumba$$ wannabe whore. And, she later agrees to that herself, not the 'dumba$$' part, mind you! I never have respect, adoration for a heroine who makes herself an easy conquest, knowing what a pathetic moron (namely: rakes, a breed who'd screw anything in skirts!) the hero is. I had issues with SO DAMN MANY THINGS and her shrugging all those things off, ie:

1) Knowing what kinda man Rohan is, his past with women, shrugs off and jumps into his bed. The arragement they make is just felt like an excuse to f*ck each other, I didn't fall for the reasons behind that.

2) Knowing how her father kinda dumped her in the middle of nowhere (she knew him dead for 17 yrs!) and married again, lived with that family. Shrugs off and forgives him.

3) Again and again, knowing Rohan, making up reasons and shrugging off the obvious to stay as his whore. *this could make, in different ways, at least 10 other points*

I mean, wtf? Is he the last man on earth or something? C'mon! GF tried to force some reasons behind all these and none of them convinced me. They are unrealistic, mostly annoying, like Kate herself. I couldn't believe she trusted Rohan so easily and ... Ugh!

Rohan is just as awful. Believe me I tried and tried to sympathize with him, even love him a little but couldn't (reminds me so much of Dane in LoS). Would you believe he needs to get screwed or screw anything vaguely women, after every killing mission? He needs to vent off that ... I don't know what by getting f*cked and anyone will do! That's very disturbing ... and disgusting. He even tells Kate in the last love scene (which was almost rape IMO) that he can't get his hands off her, he needs to keep f*cking her constantly for this. I mean really? When it all begin, I did feel that he's taking advantage of her in a vulnerable moment. No, couldn't just SHRUG IT OFF! He won't marry because of the curse (*oaf*) and he thinks he's not worthy enough since he kills people (yah that was a good try Rohan but me ... no, not feeling anything for you, sorry.)

So, attraction, yes ... Lust, oh certainly! But love? NOPE! Whatever Kate thinks, if being infatuated and then getting screwed is the only reason she thinks she's in love with him, I'm sorry but that's not love in my eyes. And, I'm pretty sure Rohan, whatever it is Gaelen Foley will try to force on us, won't be 'in love' with her.

There were moments, I thought yes, maybe now I'll see something of the old GF style, maybe Kate will say something now but no such luck. One incident was, after they return to London, Rohan's many high society whores, altogether, just barged into his house thinking they could ... you know what ... And, although Rohan wasn't at home, Kate was. And that was so ewww ... They exchanged words about it later but Kate, still didn't think it's time to show him her back. Rohan, in so many words, even tells her he can't give her anything else. I mean does she have any dignity at all? ... Again, would you believe, she didn't even think it through that Rohan might pass her up in the future like those women and go his merry way! *I was on the verge of tearing my hair out reading this* You'd think now she'll do something but NO! Then there were those misleading monologues about love and whatever by Kate. Seriously, I think she needs to see a psychiatrist because living in isolation made her insane.

I only felt pity for the two, nothing else. I have nothing else to comment on story wise either since most of it is based on what I've just mentioned. The other histories, I'm not interested to write about them and make this comment longer than it already is. They're about to go on the mission to find the Alchemist's tomb. I wanted to say, please continue without me!

I'm not finished yet, two more chapters left but honestly, from the moment they made that ridiculous arrangement (that was on chap 12 I think), I just wanted this book to end. I had a very different idea about the book, it could've been amazing with a different storyline, Rohan could've been a gorgeous, sexy SOB and Kate, someone I adore ... *sigh*
********************

Ok, the ending was quite an improvement. I liked it from the scene they got married which was sweet. The adventure part was good but I'd rather see it on TV than try to imagine the whole thing. There were scenes that were supposed to move you but I was so far gone with this one, even though some of their exchanges were heartwarming, I didn't quite enjoy them. Kate had to 'prove' in various ways she loves Rohan, but Rohan did what ...? *rolls eyes*

In the end, there were a few things for the next installments:

1) Drake's saved, there is the mention of a violet-eyed girl. Maybe his love/heroine? I really wanna read his book but kinda uncertain about the series now. BTW: What'll be the title since GF used all marquess, duke and earl in the 1st 3? Drake's an Earl too. :p

2) Viscount Beauchamp aka Beau is here, the last hero I think. Most probably, Daphne's friend Carissa would be his match.

3) The ending marked something for Jordan, the next hero.