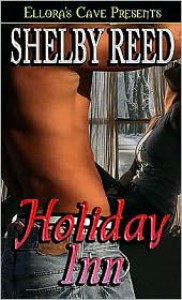 The story begins a few years earlier, with a heartbreaking scene with Jesse. He just lost his 6 yr old son Daniel in a car accident. His marriage is falling apart as well. Whereas because of Daniel life was manageable for Jesse thus far, right now, there’s nothing but blankness. Jesse doesn’t really know how he’d ‘move on’ from this.

Present time. Anna is driving to her sister’s place for a party to celebrate her moving to the new apartment. This also lines with the fact that this is Christmas Eve and Anna’s family would be there too. Anna is currently single and lonely and life can’t be more frustrating than this, especially when you have another Christmas spending without a boyfriend/partner or a husband. On her way, she stops by on a gas station. While taking a cup of coffee nearby, Anna observes this lonely, bearded stranger. He must be the owner of the only bike she’d just saw while parking her car because the other people present in that coffee shop were families with kids. Anna is immediately attracted to him. And then, while taking coffee, they small talk. Anna can’t take her eyes off the beautiful and intense baby blue eyes, where there is this bleakness that reigns. This stranger sure isn’t having a Merry Christmas.

Anna leaves sometimes after the stranger does. Sadly, after a few miles of driving, she finds a storm coming. Well, not what the weatherman said and she is a bit freaked out. Anna tries calling Maggie, her sister, but there’s no response. The wind turns into a bad snowstorm soon enough. Anna finds someone in the snowstorm, barely visible. It’s soon revealed that it’s the same biker she met sometimes earlier. Seems like his bike is dead. Anna feels the same magnetic pull again (she even gets wet but dismisses it as the affect of prolonged celibacy), though it’s hard to tell what the stranger is thinking. Actually, he doesn’t give away a single hint. When he requests a lift, Anna is more than happy to oblige. She doesn’t ask him his name, neither does he. They’re still strangers stuck in a storm and right now, dependent on each-other.

While she drives to the find some motel and so on, Anna can’t help but fantasize about this handsome, sad man sitting next to her, who currently is totally lost into his own world. What would it like to break through that invisible barrier of sadness? Does he have someone? Does he need anyone? Can she be that person, even if for one night? Anna doesn’t do one-night-stands and this thought shocks her. Then they finally finds this inn called Holiday Inn, again, barely visible through the snowing. She drops the stranger off and leaves again, feeling the loss of not knowing him at all.

Again, after a while of driving, now Anna’s car is down. She’s frustrated and walks back to the inn which was the only place available. It felt like there’s no one in this world but her, the stranger and now, the portly and jovial, weirdly-dressed manager of the inn. But he informs her that the last room was taken by that stranger. Anna is now on the verge of crying. She’s wet overall from the walk back here and doesn’t know where to go. The help won’t be here until the morning. She can’t think about returning to her car and spend a lonely night in her car, stuck in a snowstorm.

On the other hand, Jesse was thinking of Anna, too. He felt that pull towards her as well but after his listless life, divorce and the grief of losing Daniel that perpetually haunts him, Jesse doesn’t know what is right or wrong anymore. But when he goes out to get a soda, he finds the woman going out the door, all alone in the storm, Jesse runs after her. This is now or never for him. And where would she go in this weather, FGS?

I can go on and on but I think I already gave away a lot. But this is only the beginning of the story. I loved how SR transformed this one-night-stand into something meaningful and intense; something all around beautiful. Of two lonely souls finding each-other. The connection between Jesse and Anna was done wonderfully. They just clicked. The magic was there all along; the way they met, the whole night together and the fact that they were meant to be. I cried every time Jesse spoke to Anna about Daniel. He was an excellent H; a grieving father who loved his son beyond anything. A wonderful and intense lover as well... There is also a very short epilogue that gives us a glimpse of their life some years later which had me grinning ear-to-ear. I only wished I had a few more pages to read, because everything felt just so good.