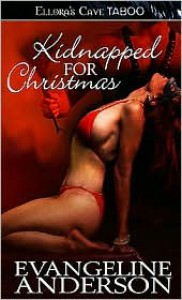 Really, when was the last time I rated a book 2 stars? Hm... maybe last year. I like to believe that I’m quite liberal when it comes to rating a book. I try to think hard before I rate one, be rational/reasonable because love it or hate it, I respect an author for his/her work. But this book? I didn’t have to do a lot of thinking, at all. It was so full of moronic activities by the H and h (and h’s super moronic, insensitive and self-centered younger sister) that the whole read for me was a big eye role and a waste of time. Even hot sex couldn’t save this one for me. I’m just glad it was a short story and took me a few hours to finish. I’m sorry but this review is probably going to be a rant more than a review.

I already said what kind of a sister Jillian’s younger sister Sabrina is, the most irresponsible too. Jillian is the one always wiping her butt... er, sorry, I meant cleaning up the mess she leaves after her every misadventure (don’t make me mention those, as those are beyond stupid). Her recent adventure is about being kidnapped! That’s right, a local BDSM club offers personalized kidnapping for women who want it and make their fantasies come true. Of course, now Sabrina has to give it a try, even if it means cutting off her father’s Christmas present money. What a nice thing to do for your parents! Jillian, even though she doesn’t agree with Sabrina’s stupidities and kinda tired of cleaning after her, she never really speaks out as well which made me a bit mad. Why let her have her way when you know where that’ll lead to? Anyway, Jillian dislikes the brief description Sabrina gives her about the company We Kidnap U but she gives into her wheedling and puppy dog eyes. After all, she’s the eldest sister indulging the youngest. Sabrina is a size 3 with a bony body while Jillian is not so bony... a size 18 exactly. But still, they look alike and people mistake them for each-other; even though they aren’t twins, they don’t have the same body type. Really? REALLY? I’d like to know the recipe of this, with which I can make my curvy body look like my bony cousin. Right!

Anyway, of course, Sabrina, being the ninny hammer she is (with the attention span of a 2 yrs. old) soon changes her mind as she’s ‘found the love of her life’ in some random guy she met in her workplace. So she’s off to some place to have a romantic weekend. At midnight, she calls Jillian who was sound asleep, asking her if she woke her up. *blinks* She then proceeds to give Jillian a lengthy detail of her ‘newfound love’ and then asks Jillian to take care of her mother’s old cat while she’s away. FYI: Sabrina took the responsibility of looking after the cat which is riddled with old age complications when her mother went to visit their grandmother for Christmas. I think you get the picture here. Jillian agrees, as usual. (Can you feel my respect of Jillian going down notch by notch?) Later in the week, Jillian stops by to look after the cat, Buster and feeds him tuna, meds etc. She’s happy that Sabrina has called off this crazy ‘napping thing (she told Jillian she’d call them ASAP to let them know about it... I don’t think I have to elaborate that she didn’t) but she can’t help but look through the brochure in Sabrina’s home. Jillian is quite turned on by the visuals the words of the brochure bring to her. When she’s out of the apartment, she sees this black car waiting outside with a big, muscular man sitting in it. She was still thinking of the BDSM things as she was making her way to her car when suddenly someone grabs her from behind, saying ‘Your fantasy has just began’. Oh goody!

Kyle’s younger brother Adam runs We Kidnap U. He’s a dom, as Kyle himself is. Though Adam loves his job, Kyle is more of a private person and doesn’t care to let his dom side out of the bedroom. Since I don’t know much about this lifestyle, I thought if you’re in a lifestyle like this, you definitely have a sexual relationship with your sub, other than the usual BDSM play. Here, I read that even though some doms do this, Kyle puts a line into it and never has sex with his subs. But the other vanilla style relationship doesn’t excite him so he’s kinda floating around at the moment, waiting for the right woman who’d be the both for him. Adam is going off to some convention and now wheedling Kyle to fill in for him for this one client. Kyle won’t at first, but as he sees Sabrina’s photo, he becomes weak. Even though the girl is a bit too bony for his choice, she’s still pretty so what the hell! Adam is off with a few basic rules, such as no penetration sex and no dating the clients/getting closer personally etc. Then, Kyle waits for Sabrina outside her apartment and mistakes the size 18 Jillian with size 3 Sabrina. He keeps on thinking that she’s Sabrina through the whole BDSM fantasy thing they played.

At first, I wasn’t mad at Jillian because she was gagged and remained that way for a long time. Kyle just ‘assumed’ she loves all the rough handling he’s doing to her since that’s what she’s written in her contract form. Kyle kept assuming things for a long time, almost in everything he did to her without taking off her gags, which include touching her everywhere, in every way possible, giving her a bath and orgasms etc. 1st few of their encounters happened when Jillian was still gagged. I was hoping the moment the gag’s off (it has to at some point) she’d fess up. But NO! She’s already falling into the allure of her Master. WTF? It didn’t matter that the said Master thinks she’s her sister. I DIDN’T like it. So she doesn’t fess up, lets Kyle do things to her (Sabrina’s fantasies mind you, not hers). They talk about their lives afterwards. Jillian talks about her ex-fiancé Boring Barry. Don’t look at me, this is exactly what she called him. So tell me Jillian, if he was soooooooo boring, why the f*ck did you go all the way with him, even got engaged? And now you (and Sabrina too) keep on calling him Boring Barry. Whatever the man was, I didn’t think he was an evil person who did something drastic to deserve this. It was so mean that I was this close to slapping both sisters. Kyle talks a bit about his dom streak and his relationship with his subs and so on. Of course, Kyle breaks the rules because he was already feeling this ‘Sabrina Marks’ is the one he’s been looking for. So, when Jillian asks for sex over and over again, he caves in. They had great sex and stuff and spend the whole night together.

The next day, Jillian wakes up. They were about to make love again when suddenly Jillian remembers about... hold on to your seats, yes that’s right, Buster! She was soooo full of Buster’s thought (and not knowing this was the ‘safe word’ Sabrina chose) that she calls out his name. She didn’t even have the mindset to explain Kyle about this or about her deception. She was up and got ready to go check in on Buster who needed his medicine, leaving the man she so far thought was the man of her dreams. Just like that! I mean, C’MON! Do you expect me to believe that? You want me to believe she couldn’t take 15 minutes and give Kyle a brief, maybe take him with her because I know Kyle was nice and would’ve understood. The cat was THAT IMPORTANT? (I know all the pet lovers and cat persons would hate me for this but I can’t help screaming in frustration!) But I did believe, because after all she’s Sabrina’s sister! So she hurts Kyle with the safe word (however unknowingly, I don’t give a sh*t) who misunderstands that as a break, thinking maybe she’s got some other man waiting for her and so on. Kyle acts rude and cold (very reasonably), which the featherbrain interpreted as he being a jerk to her without any reason at all. He leaves her to Sabrina’s apartment and leaves.

Three weeks pass. THREE FREAKIN’ WEEKS and Jillian is still moaning the loss of her lover. Good! It would’ve been better if Kyle showed her the door when she finally gets the truth from Sabrina and puts two and two together, then goes to make it up to him. I would’ve danced with glee because she deserved something like that! Yes I am pissed and I can’t help it. *headdesk*