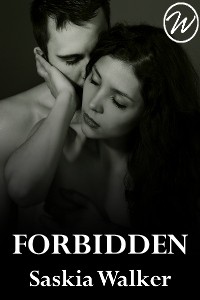 Hmm, this book was confusing. Why you ask? Because I couldn’t believe at first that it was a contemporary erotica. I was pretty sure it was HR, until I read last lines of the blurb which says otherwise. The whole setting, characters and so on were just… er, had much historical aura in it and yet, there were modern elements you just can’t deny. Let me elaborate in my review.

Emmanuelle is the daughter of a lord. So are there still modern day lords in England? I have NO idea. She has been lusting after the estate manager, Jacob for sometimes now and she knows that the feeling is mutual. Just before her birthday, one day she follows Jacob in the woods, where he was chopping wood (all was ok until I got into the jeans, tool belt and goggles lol). Jacob wants her but he knows his job will be in jeopardy if he starts this affair with Emmanuelle. Her stepmother has already tried to warn him off, as she did to Emmanuelle. Anyway, here in the woods, she again makes her feelings known, that she wants a good shagging, ASAP, possibly here right now. Hmm... They fondle and stuff but don’t manage it because the stepmother calls Emmanuelle back home. But Emmanuelle finds the time and opportunity to visit Jacob’s cottage in the village (see what I mean, the déjà vu? Their estate is near that village!) later on to finish off what they started in the woods. A pretty good quickie that was! ;) lol

Now, Emmanuelle wants Jacob to attend her big birthday party but of course, he isn’t invited. The party finishes off as a grand success which leaves Emmanuelle happy. But her happiness doesn’t hold for much long when she realizes exactly why her father organized this big, not to mention expensive party when they’ve recently been languishing financially. She just can’t freakin’ believe it! (this part will also give you the HR déjà vu, trust me) It makes her ran into Jacob’s arms again, to have him for one night because she has already resigned into her fate or something like that. But Jacob, when he learns about this situation, begins a plan of his own which might help their little situation.

Well, I totally felt that Jacob wanted to keep Emmanuelle in his life much longer than just one night; there may have been something deeper in his mind. We don’t know for sure as this novella doesn’t explore that far. I’m not sure about Emmanuelle though, somehow I didn’t feel she thought much beyond the hot sex at all. She was kind of a meh character. As far as the story goes, it was ok. Sex was pretty hot and intense, mostly because of Jacob IMO, and I really liked him.

Forbidden is currently a kindle freebie at Amazon but I’m not sure how long it will stay that way or if it’s going to be a permanent freebie or not. So, hurry up and grab your copy today!
Tweet